What Are the Requirements for Adult Abbreviated Courses?

Passing your driver's test isn't always easy. In fact, some surveys have shown that upwards of 40% of drivers fail their written driving exam. Some of the most common myths surrounding your driver's test include the idea that good drivers will automatically pass their exam. However, that isn't always true, and if you fail the test, an adult abbreviated course might actually be required to retake your test. In today's blog post, Bick's Driving School examines some of the requirements of adult abbreviated courses. 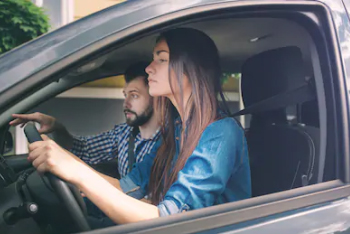 Who Can Take an Adult Abbreviated Course?

What Is Required in the Course Itself?

At Bick's Driving School, anybody who takes an adult abbreviated course will take a course that consists of at least one of the following:

Drivers who decide to do their behind-the-wheel training with a licensed driver instead of a licensed instructor are not allowed to complete more than four hours of driving in one day.

What You Can Expect

Each lesson is 1-2 hours long. During these lessons, the instructor will evaluate your driving skills and determine what the appropriate coursework plan is for you. They will also determine the amount of time that you need to be ready for your test. These classes can be scheduled Monday through Friday from 9:00 AM until 9:00 PM and on Saturday from 9:00 AM until 5:00 PM. However, class times and driving times may vary.

If you are over 18 years old and have failed one or both parts of your driver's test, you might be required to take an adult abbreviated course. For more information on the courses available at Bick's Driving School, give us a call at (513) 251-7111 or contact us online today.